Turtle Creek Watershed District consists of 94,720 acres in (148 square miles) in Freeborn County and 5,760 acres (9 square miles) in Mower County, including land within the City of Austin. The boundary is roughly 20 miles west-east and 13 miles north-south. The territory of the Turtle Creek Watershed District is situated in part or all of Bath, Bancroft, Geneva, Riceland, Hayward, Newry, Moscow and Oakland townships in Freeborn County; and in parts of Austin, Lansing and Udolpho townships in Mower County.
Turtle Creek is a tributary to the Cedar River, flowing into it in the southern portion of the City of Austin.

TCWD Board of Managers' overall goal is to make the wisest possible use and conservation of the district's water and related resources. The district's watershed plan is intended to be the guide for accomplishing this goal. 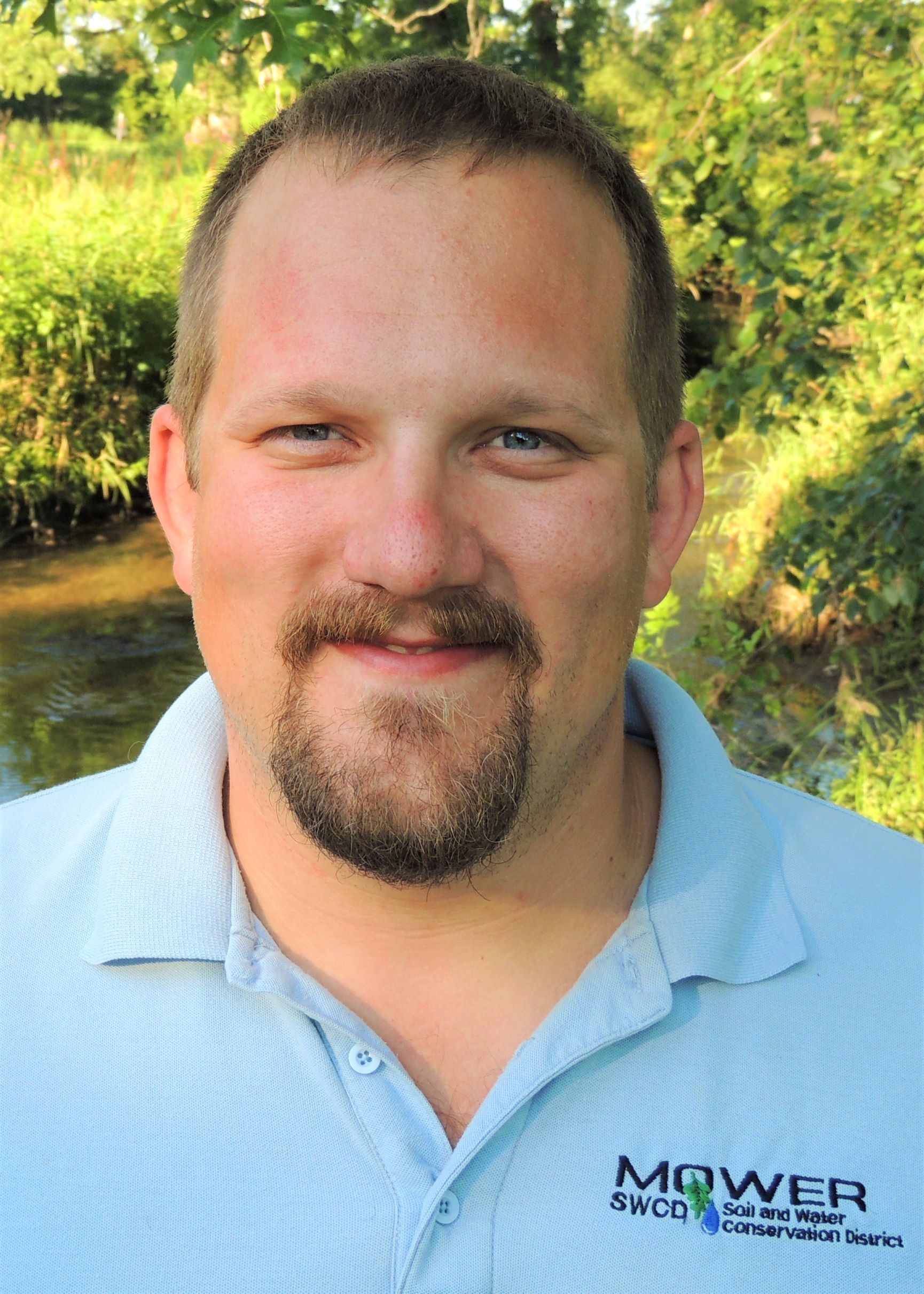 The primary source of drinking water beneath the Cedar River Watershed is the Cedar Valley Maquoketa-Gelena aquifer system. In the northerly part of the watershed, the Cedar Valley bedrock has eroded leaving Maquoketa bedrock as the upper most group of the aquifer system. In Geneva Township, the Maquoketa bedrock has also eroded, exposing the Galena Group. The Galena bedrock formation lies under the surficial drift, running the northwest to the southeast edge of the township and then into the southern half of Newry Township. The System has a general hydrologic gradient from northwest to southeast. This is consistent with the Hollandale Embayment. The Cedar Valley-Maquoketa-Galena aquifer system is covered with unconsolidated surficial deposits, chiefly glacial drift, alluvial silts, sands, and gravel commonly present along streams. This glacial till generally ranges from 100 to 200 feet thick. Beneath the surficial deposit of till, the Cedar Valley-Maquoketa-Galena aquifer system can extend to thickness of almost 700 feet. The Decorah Formation, a shale confining layer, separates the Cedar Valley-Maquoketa-Galena system from the underlying St. Peter-Priairie Du Chien-Jordan aquifer system. Still deeper are the Franconia-Ironton-Galesville aquifer system and the Mt. Simon-Hinckley Aquifer system. Each aquifer system is separated from the system above it by a confining layer, generally of shales or rocks of low permeability. 16 The Geological Sensitive Area Map indicates this watershed may be located on the landscape as Very High Sensitivity, with 0 to 10 feet of confining sediment to areas of Moderately High Sensitivity with confining sediment 40 to 50 feet deep.

According to a Division of Waters, DNR reports the highest ground elevation in the District is 1370 feet above sea level. This high ground is found on the western boundary. The lowest elevation at 1170 feet above sea level is found at the confluence of Turtle creek and the Cedar River at the southeastern corner of the District. The gradient of the creek is flat. Its fall is about 19 feet in 20 miles from one mile east of Lake Geneva to Highway 105 at Austin. Turtle Creek’s Judicial Ditch number 24 is in a comparatively narrow-deep valley from its mouth to a point on the creek about 11 miles upstream. In the remaining 9 miles upstream to Lake Geneva, the creek passes through a flat area, believed to be the bed of an ancient lake, this includes the bed of a meandered lake drained in about 1910. The lake plain is surrounded by more steeply sloping ground extending out to the watershed divide. Except near the mouth of Turtle Creek and north and northeast of Lake Geneva, the divide is at elevations more than 1740 feet higher than the flat area. North of Lake Geneva, the divide is from 10 to 20 feet higher than the lake and from 20 to 30 feet higher than the flat area. The center part of the watershed is flat and has no appreciable relief. The perimeter of the watershed has a low to moderate relief and drains towards the center area and the creek.

Most of the land in the District is devoted to agricultural crop and livestock production. The central, low, flat, portion produces corn, soybeans, sugar beets, potatoes, onions, carrots and other garden truck crops. The remaining land in the District supports cash corn and soybean crops with limited livestock production. The City of Hollandale is within the District; parts of the cities of Geneva and Clarks Grove, all in Freeborn County. The unincorporated communities of Oakland, Maple Island, Newry, Lerdal and Moscow are also located within or near the boundary of the District, all in Freeborn County. Part of the Western territory of the City of Austin in Mower County is situated within the District. This area in Austin is residential in nature. Outside the city limits of Austin, land use in Mower County in the District is primarily for agricultural purposes. There is growth in the rural areas west of the City of Austin. Several areas have been platted and developed. There is no large forested land within the District except for farmstead tree plantings and scattered groves. The area is well served by a good network of township and county roads supplemented by a few state highways. Interstate 35 crosses the upper reaches of the watershed from North to South just West of Lake Geneva. Interstate 90 from the east crosses over Turtle Creek just northwest of the City of Austin and proceeds westerly, just south of the southern boundary of 22 the District. Just west of Freeway 35, is a railroad system from the Twin Cities to Albert Lea southerly. Another railroad crosses the lower end of the District above the City of Austin and proceeds westward along the southerly boundary of the District to the City of Albert Lea and west. Energy and telephone lines located along most roads, adequately serve the residents of the District. Some of the telephone lines are buried. There are a few bodies of water within the District. Geneva Lake, the source of Turtle Creek, lies in the western end of the District. The surface area of this meandered lake is 1944 acres. The Lake has little depth because of siltation and is usable for most lake recreation purposes. The outlet to Turtle Creek is controlled by a dam. On March 5, 1945, after a public hearing, the Commissioner of DNR established 1211.1 feet above sea level, National Geodetic vertical datum-1929 datum, as the Natural ordinary high water elevation of Geneva Lake. The supervision of the operation of the dam resides with the Freeborn County Commissioners. Early in the 20th century Rice Lake and Oak Lake, both meandered lakes, were drained. Newry Lake, located in the northeast corner of Newry Township, was about 38 acres in size. It is now a marshy area with limited open space for water. There were, at the time of settlement, low wet areas within the District. By the 1930’s many of these sites were drained and are now used for agricultural purposes. In recent times, the State acquired a 253 acre Wildlife area in Moscow Township, identified as the Cerex WMA. There are some remaining small areas of wetland. Rules of the District provide supervision of proposed drainage actions. The manager’s efforts are directed at conserving remaining wetlands.